Flying from one glamorous destination to another the Jet Set built a lifestyle partying around Europe.

Spain provided some suitable hedonistic hotspots with Marbella on the route frequented by the intellectual JetSet. The place attracted avant-garde characters like French artist and writer Jean Cocteau as well as aristocrats such as the Duke of Windsor. At one time it seemed everybody except the waiters and the Americans bore titles, and Marbella was known as one of the few hangouts the titled and entitled could let their hair down and cut loose in kaftans. 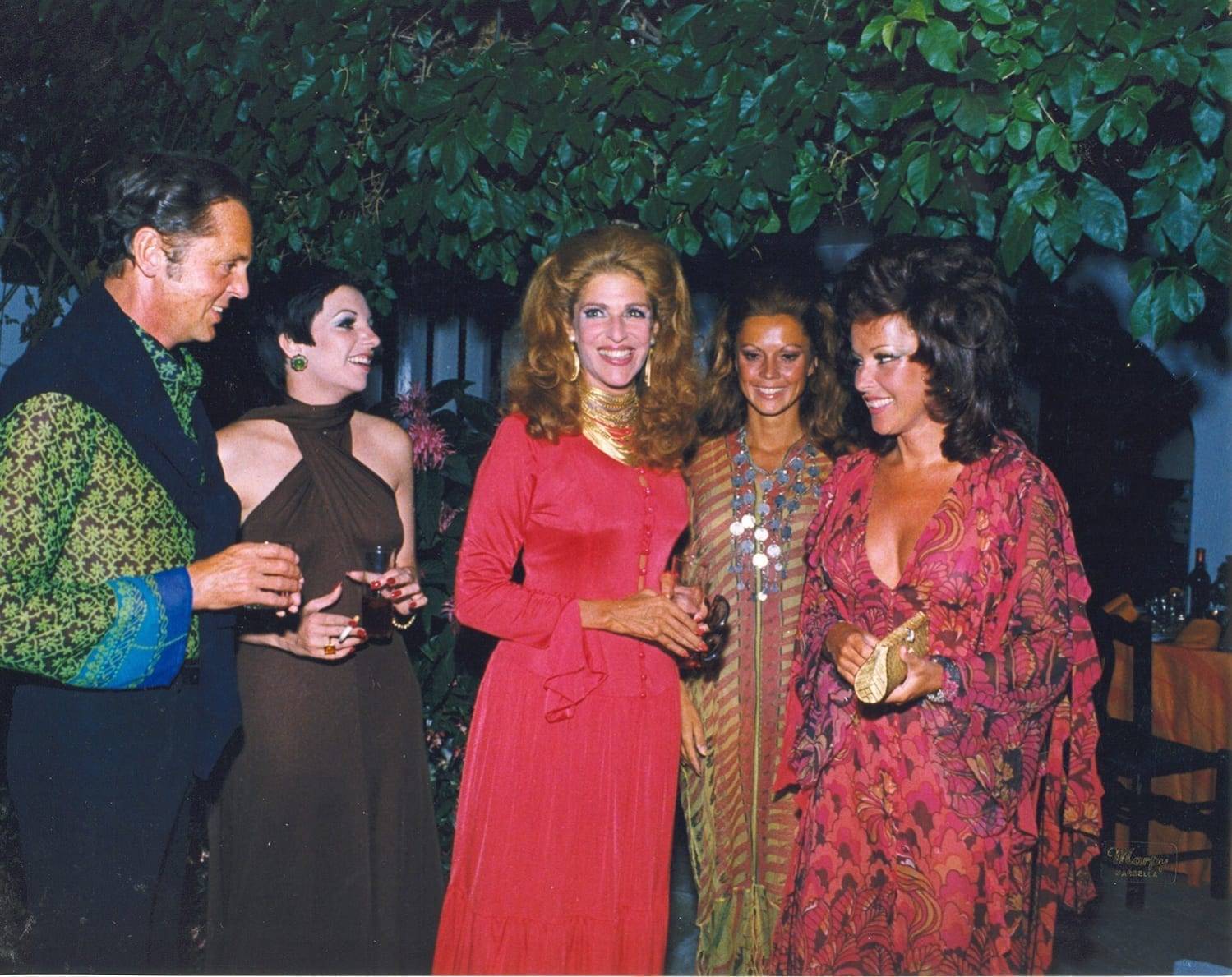 So it seemed completely appropriate to select The Marbella Club Hotel, as the ideal location to shoot the new STOW Jet Set collection. 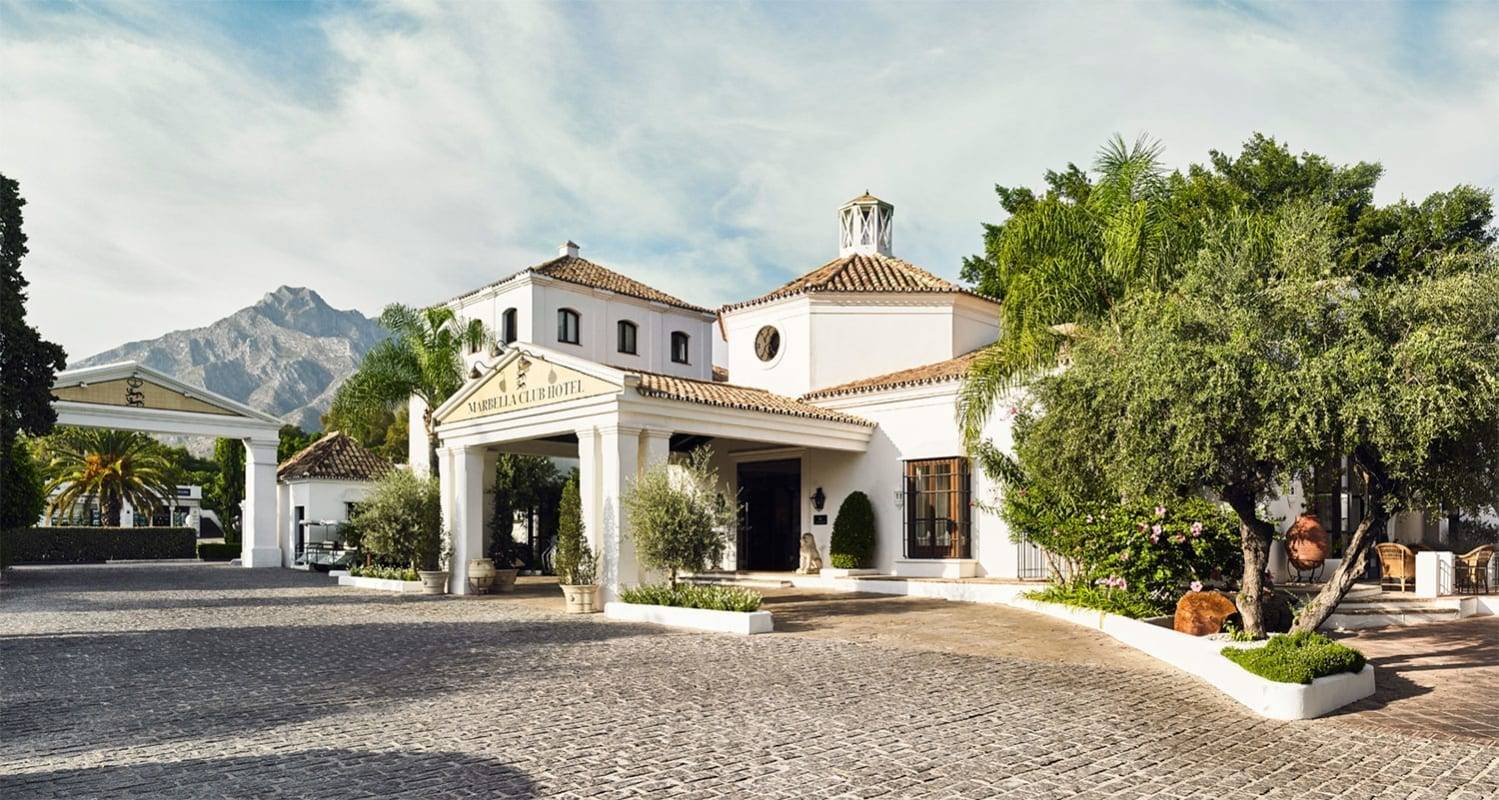 Frequented by the likes of Ava Gardener, Audrey Hepburn and Laurence Olivier, The Marbella Club has quite a history. It began life in an old farm building, once used for drying figs and grapes before being transformed into a clubhouse in 1953. One of the first guests to visit was Merle Oberon who came that year and quickly became the godmother of the Marbella Club.

Back then, donkeys were more common place than cars – which were still very much a rarity. All that linked the hotel to the outside world was a chap called Paco Jiménez and his bicycle. 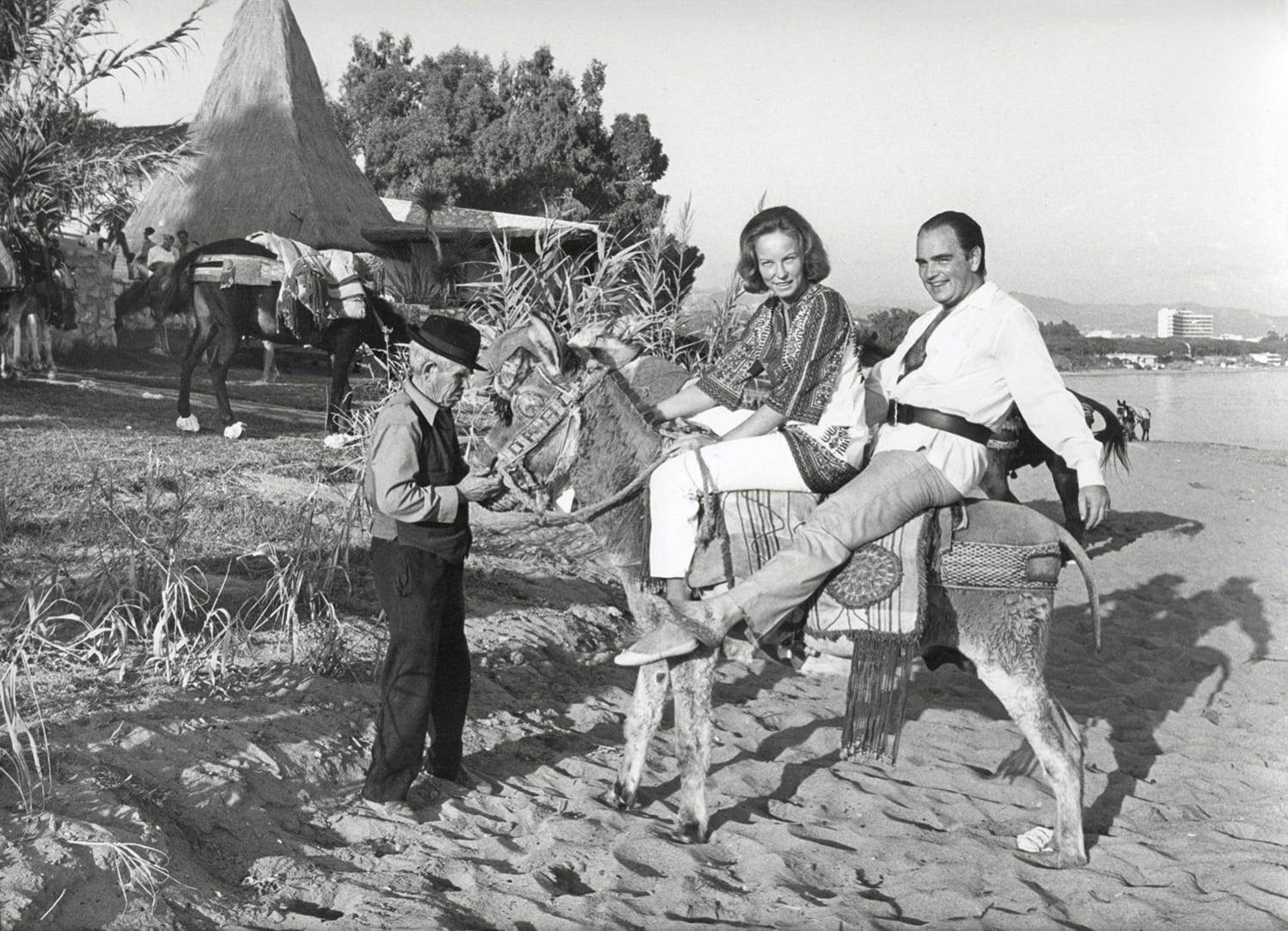 It proved to be the perfect hideaway for the Jet Set to get away from prying eyes and reporters.

That said, the telephone became one of the hotel’s chief attractions as there were only two telephone lines in the whole of Marbella. This lack of communication meant that guests were in essence cut off from the outside world. The Marbella Club provided an almost fairy-tale like atmosphere where guests were not so much occupants of a hotel but made to feel as if they were staying with friends. It was an idyllic retreat. 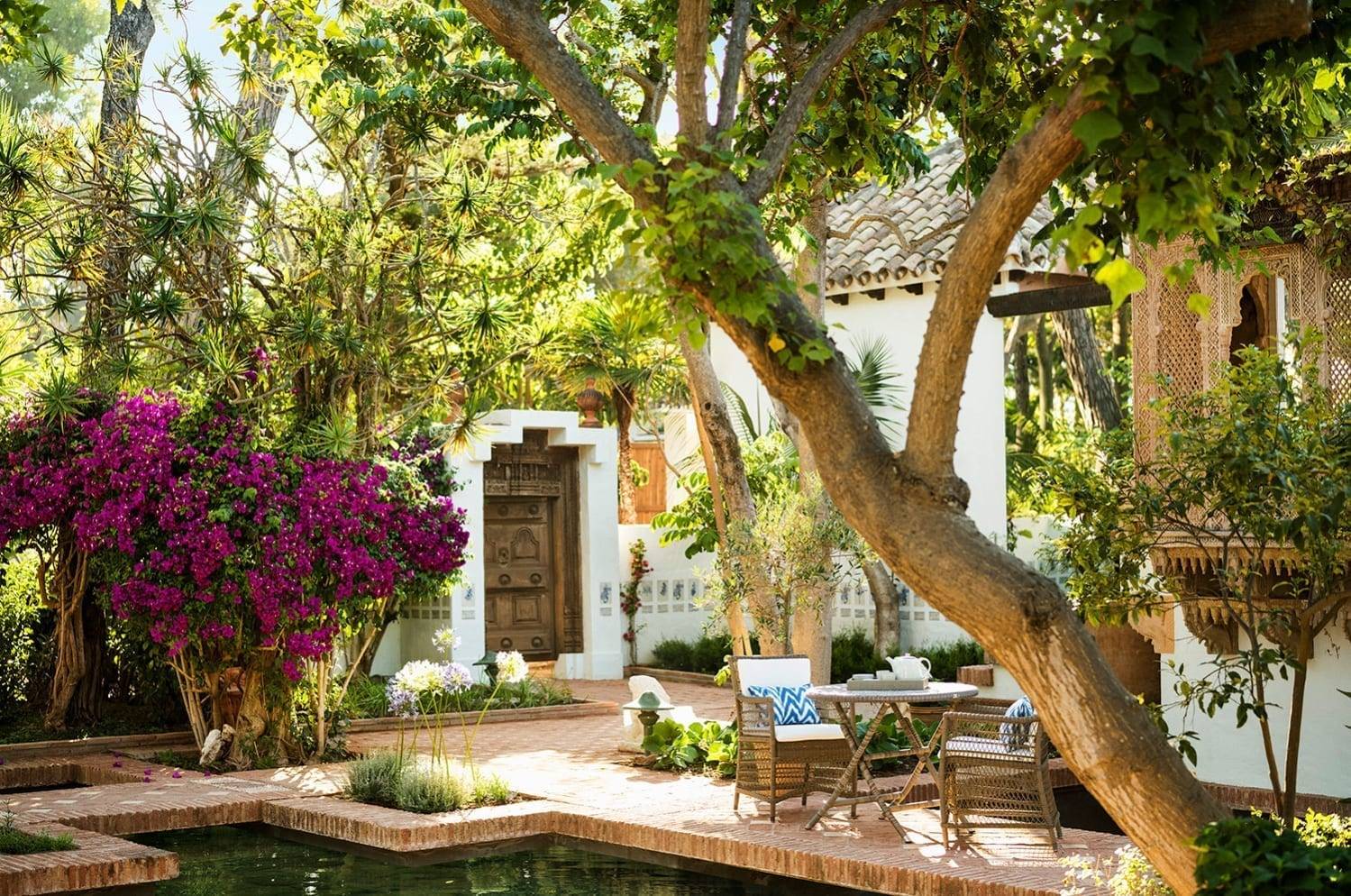 Count Rudolf Graf Von Schönburg otherwise known as Count Rudi, a relative of the owner Prince Alfonso joined the hotel in January 1957, setting it on its journey from an aristocratic boarding house to one of the world’s most famous hotels.

Those who visited the Marbella Club in the first season of 1957 were dispossessed European royalty, including the former King Umberto of Italy and members of the English aristocracy including Lord and Lady Harewood and Lord and Lady Monckton.

Initially rooms were rented on a full-board basis with ‘an excellent variation of a four-dish menu’. At the time however, there was a great meat and beef shortage. To combat this, Prince Alfonso asked for the name of the butcher at the Ritz in Madrid. He cut a deal with Blas and every day for years Blas would put the best cuts of fresh beef on to the plane in a box and either Count Rudi or Alfonso would collect it to take it to the hotel to serve to guests.

By the 1960s, one of the signatures of the hotel was the bright orange flare of the charcoal grill around which the Grill restaurant is now called. By this time, there was a disco on the beach and the Champagne Room was unveiled. In the ‘60s, The Beach Club acquired the familiar landmark of its thatched conical steeple-style roof over the bar and buffet. By 1967 they added the swimming pool. 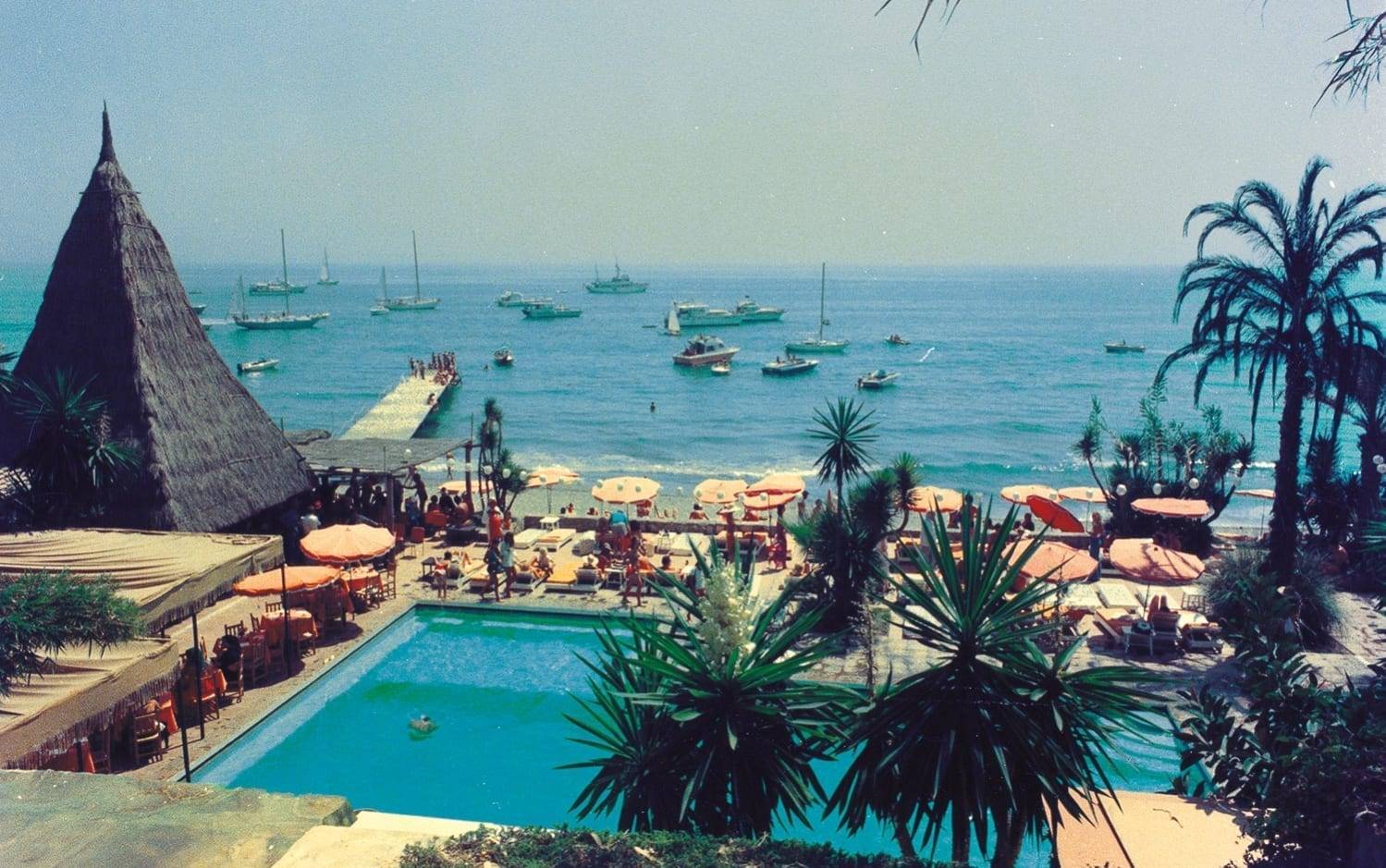 By the 1970s, Marbella town was changing. When Jose Banús inaugurated his Port, Puerto Banús it heralded a new era. Marbella became the world’s ultimate resort attracting the likes of Formula One aces Jackie Stewart, James Hunt and Sean Connery.

STOW likes to think that their Jet Set collection would have been the travel cases of choice for the likes of stylish Marbella Club regulars such as Omar Sharif, Richard Burton, Michael Caine and Christina Onassis. 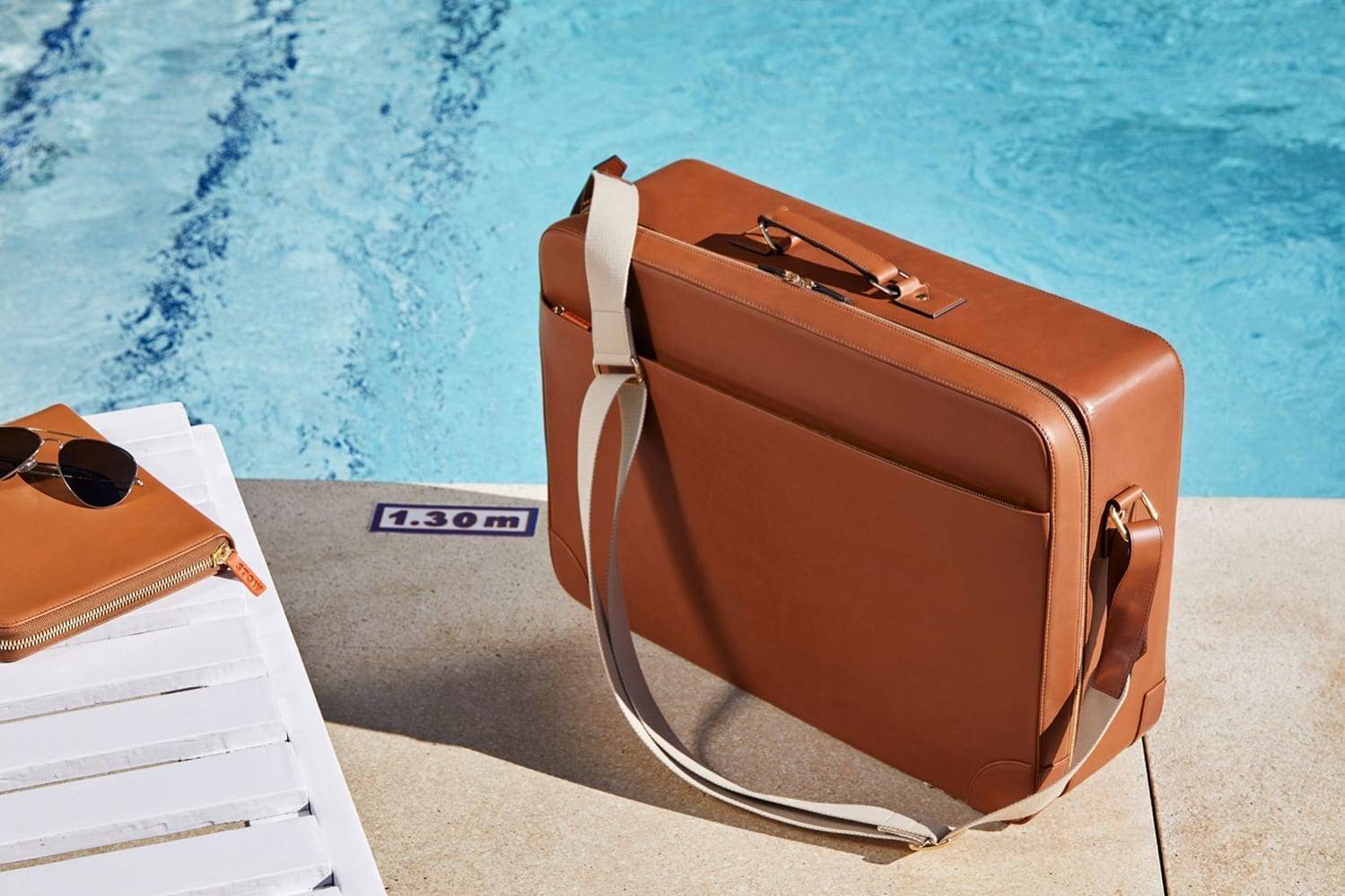 The Marbella Club continues to provide a tranquil getaway for the rich and famous and all those seeking a wonderful retreat from the rush of life. Of course privacy is everything so we can’t name drop but we did see a very well known lady having breakfast there when we dropped in for our shoot.

Shhh. Can’t tell. You’ll have to go see for yourself.

Images courtesy of The Marbella Club.